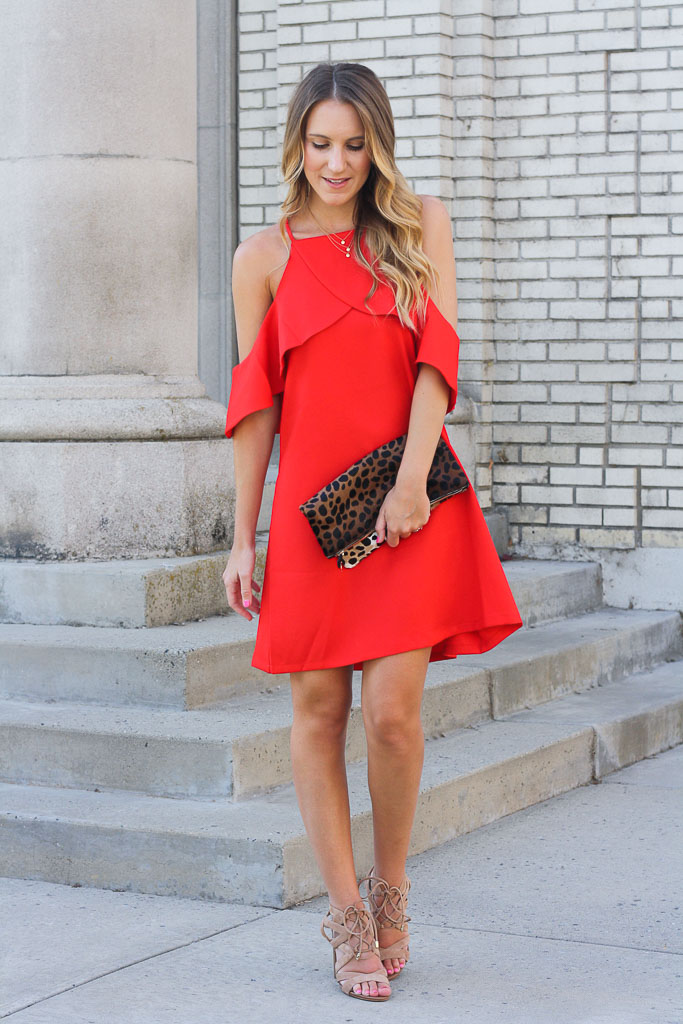 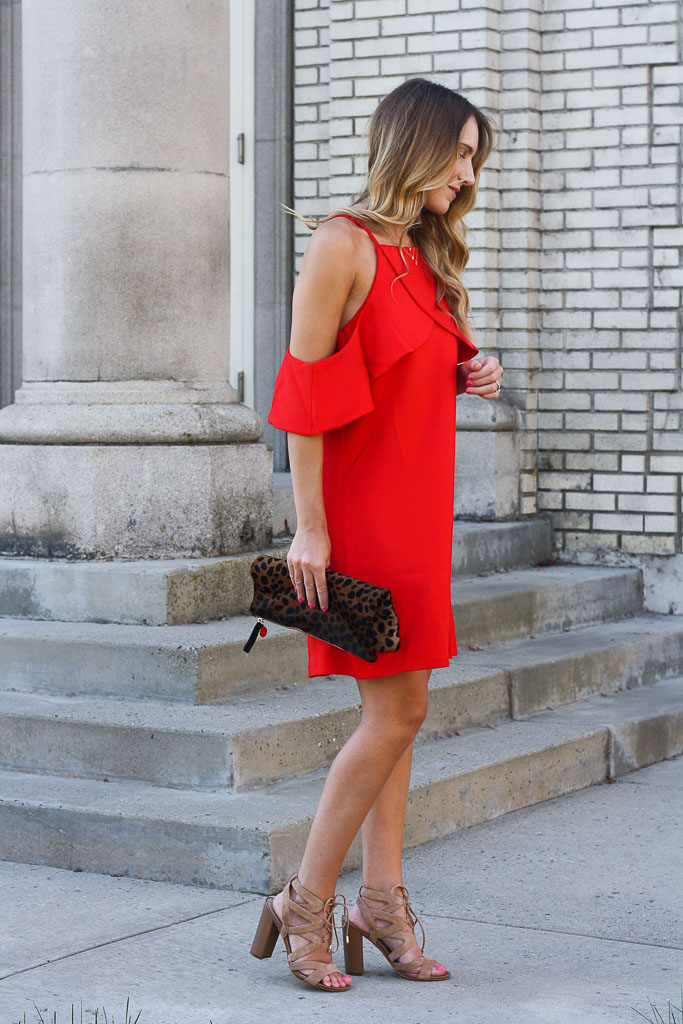 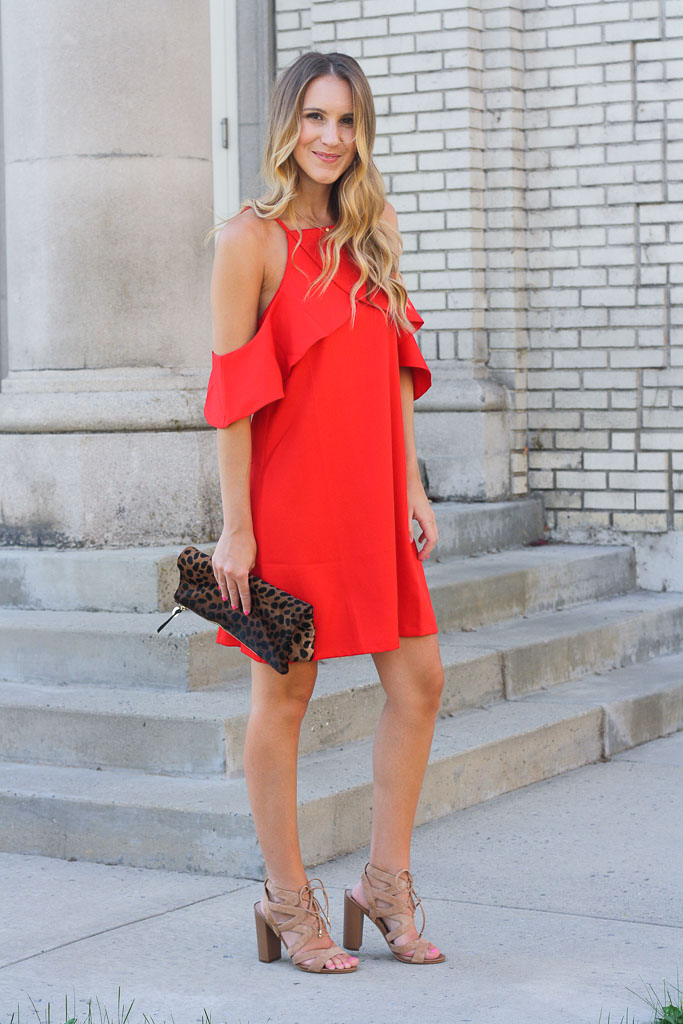 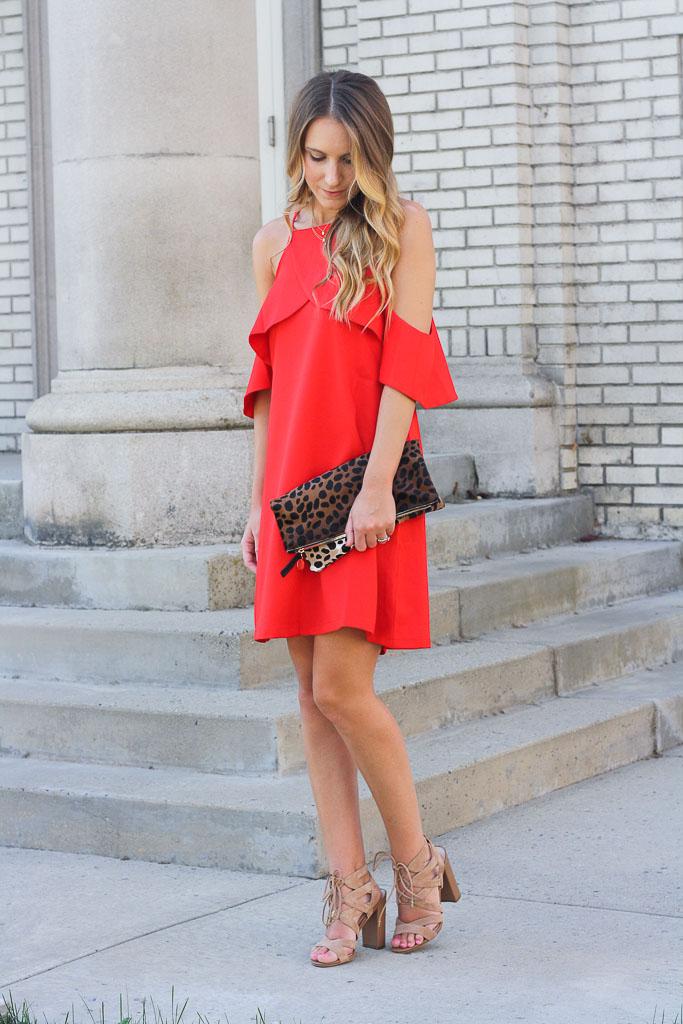 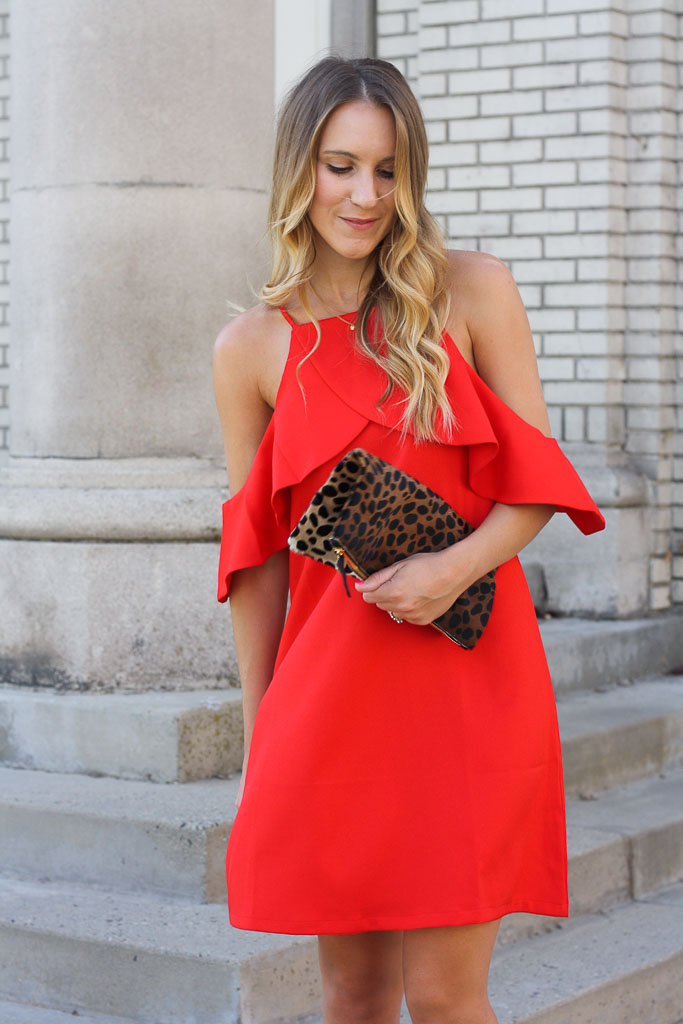 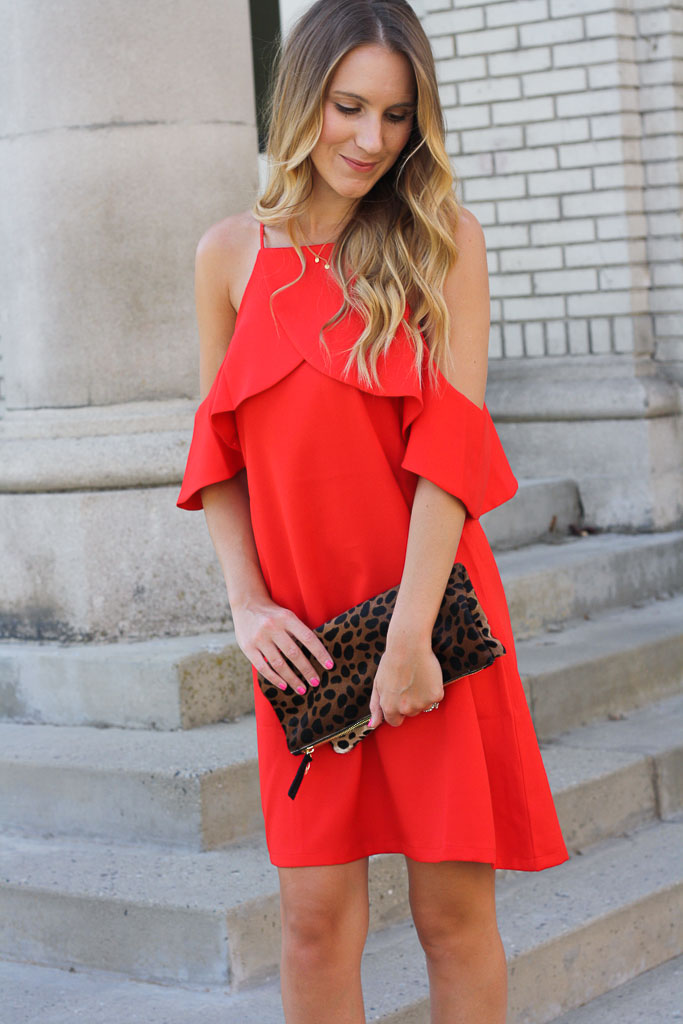 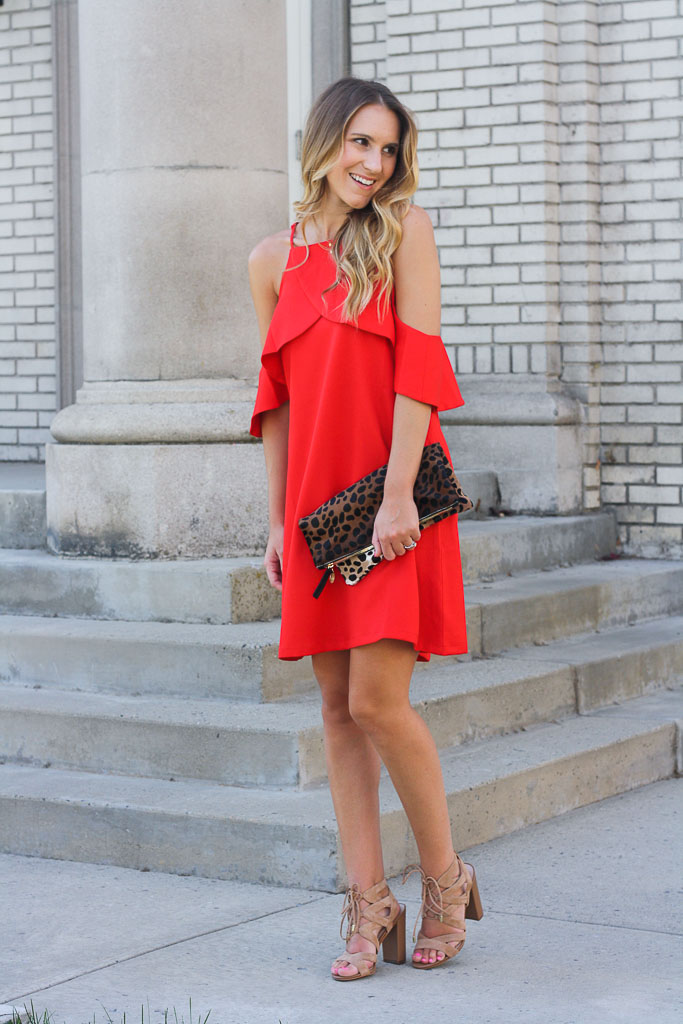 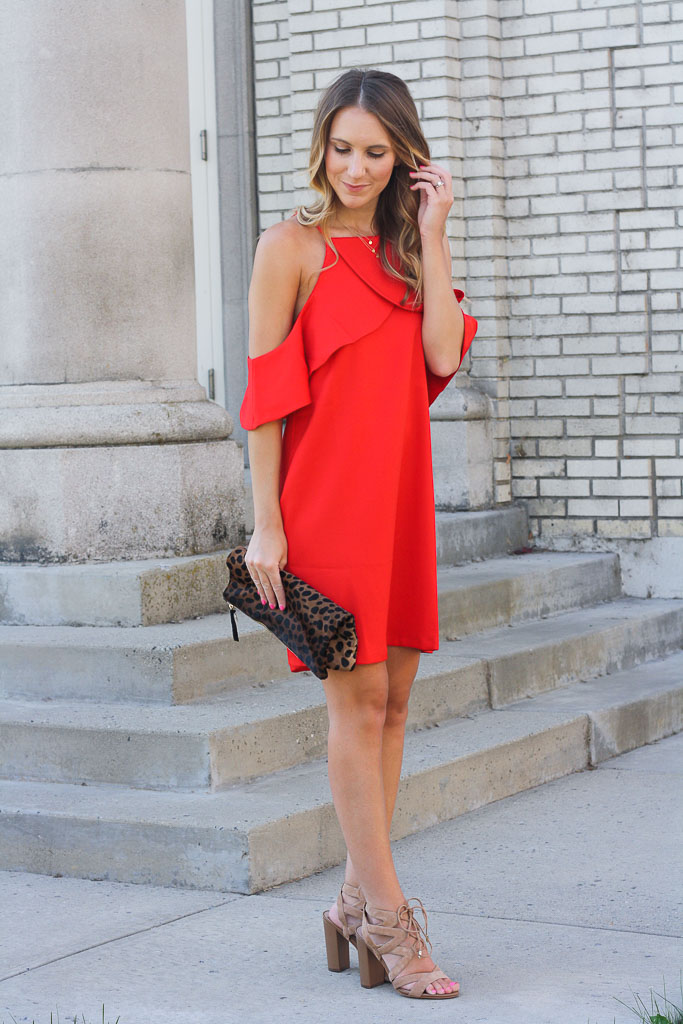 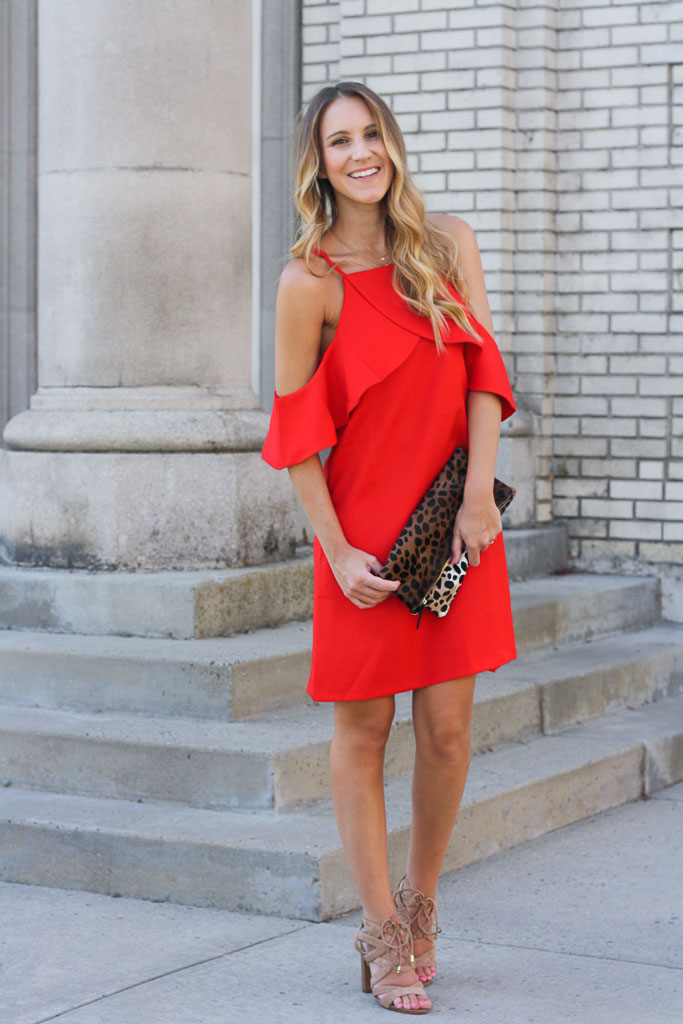 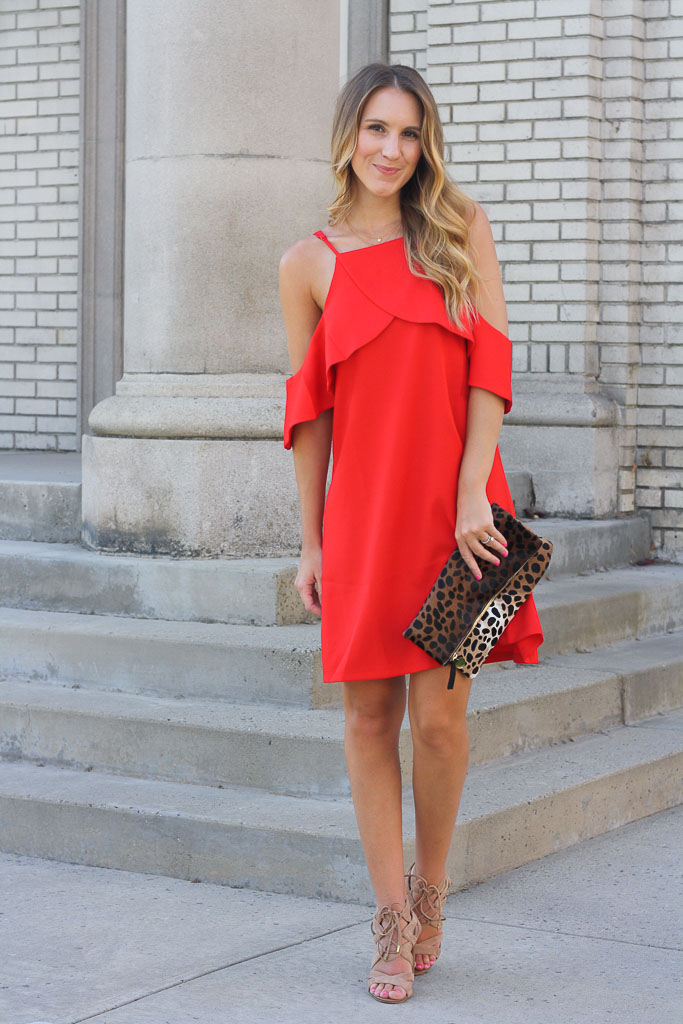 There is nothing better than a little red dress. There is just something about a bright red number that boosts my confidence and makes me feel like a million bucks. I was never a huge fan of red, but recently fell in love when I discovered the confidence boosting powers this fierce color can hold.

This little red number is the ultimate LRD. It’s off the shoulder, but what I adore most are the flirty frilly details around the neck and shoulders. I’ve been loving simpler styling, with minimalistic jewelry and love that this dress looks fabulous with just a printed clutch and a pair of lace up sandals. This is definitely my new date night dress! 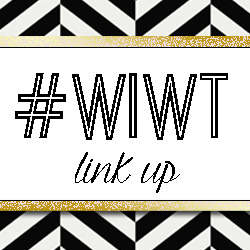 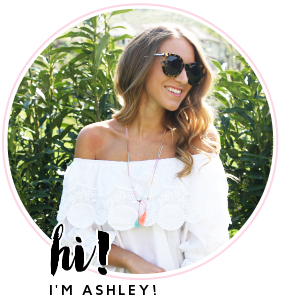